On the 15th to the 23rd of October we took part in a darts competition as part on National Maths Week. 22 students took part in the competition. We played 6 rounds in the tournament through out the week. Every game that was played started on 301. It was played until someone got to zero. At the end of the tournament three players would get a prize. They were for the highest throw, the runner up and winner of the competition. For every game there was a student doing the maths on the board. The tournament created a buzz within the centre. There was posters put up around the dartboard showing what some of the doubles and trebles totaled. On Friday at lunch time Janet presented the prizes Shane came 1st Shannon came 2nd and Aaron had the highest throw in one throw. We are looking forward to the next tournament. Hopefully later on in the year or early next year. What we would really like is a student-teacher tournament at Christmas. 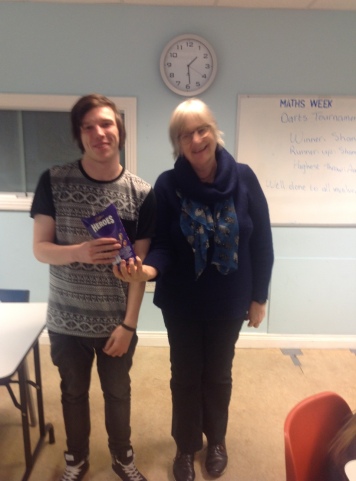 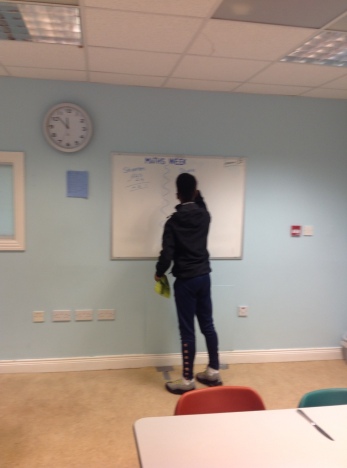 Taking down the scores 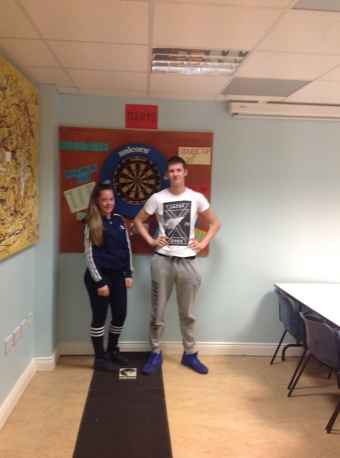 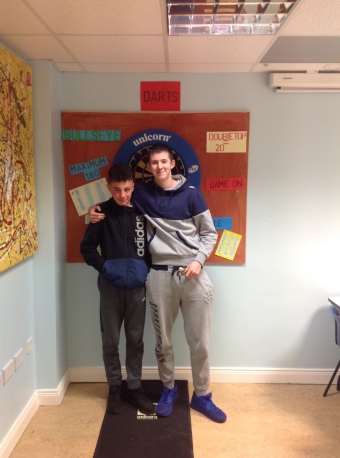